Puerto Rico search and all offers for this country: 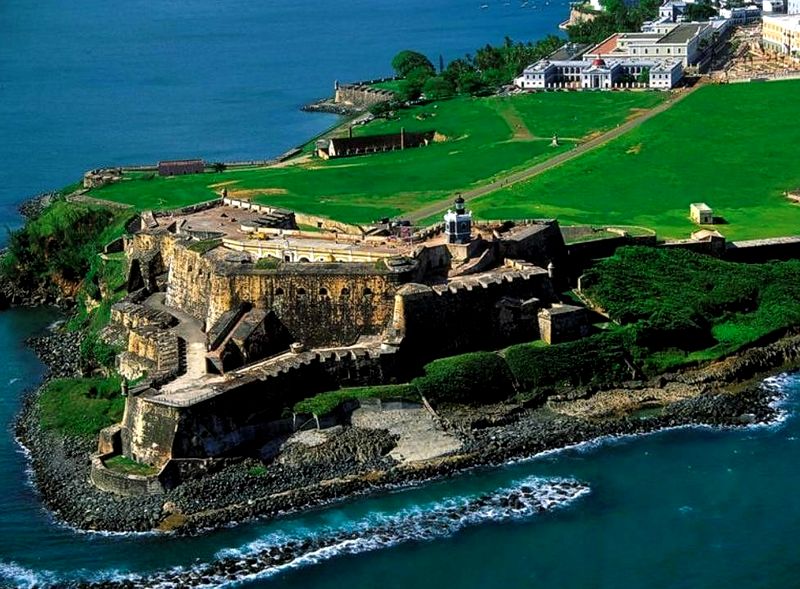 Puerto Rico, officially Commonwealth of Puerto Rico, Spanish Estado Libre Asociado de Puerto Rico, self-governing island commonwealth of the West Indies, associated with the United States. The easternmost island of the Greater Antilles chain, it lies approximately 50 miles (80 km) east of the Dominican Republic, 40 miles (65 km) west of the Virgin Islands, and 1,000 miles (1,600 km) southeast of the U.S. state of Florida. It is situated in the northeastern Caribbean Sea, its northern shore facing the Atlantic Ocean. Two small islands off the east coast, Vieques and Culebra, are administratively parts of Puerto Rico, as is Mona Island to the west. Compared with its Greater Antillean neighbours, Puerto Rico is one-fifth as large as the Dominican Republic, one-third the size of Haiti, and slightly smaller than Jamaica. It is roughly rectangular in shape, extending up to 111 miles (179 km) from east to west and 39 miles (63 km) from north to south. The capital is San Juan.

Puerto Rico is largely composed of mountainous and hilly terrain, with nearly one-fourth of the island covered by steep slopes. The mountains are the easternmost extension of a tightly folded and faulted ridge that extends from the Central American mainland across the northern Caribbean to the Lesser Antilles. Although Puerto Rican relief is relatively low by continental standards, the island sits less than 100 miles (160 km) south of a precipitous depression in Earth’s crust: an extensive submarine feature of the Atlantic known as the Puerto Rico Trench, which descends to more than 5 miles (8 km) below sea level—the Atlantic’s deepest point—at a site northeast of the Dominican Republic. Powerful tectonic forces that over millions of years have created these features still occasionally cause earthquakes in Puerto Rico.

Puerto Rico has a tropical climate with little seasonal variation, although local conditions vary according to elevation and exposure to rain-bearing winds. Northeast trade winds bring heavy rainfall to the north coast, while the south coast is in a rain shadow. San Juan receives about 60 inches (1,525 mm) of precipitation per year, whereas El Yunque Peak farther east receives 180 inches (4,570 mm), and Ponce on the south coast receives only 36 inches (914 mm). Rain falls each month of the year, but the heaviest precipitation occurs between May and December. The average daily temperature in the lowlands is about 78 °F (26 °C), but relatively high humidity makes daytime temperatures feel warmer. Highland temperatures average a few degrees lower. Hurricanes develop in the region between June and November and occasionally traverse the island, including a storm in 1899 that killed about 3,000 Puerto Ricans; other devastating but less lethal hurricanes occurred in 1928, 1932, 1956, 1989, 1998, and 2017.

In the early 16th century Spanish explorers founded San Juan, which prospered throughout the colonial period as a trading port. The island’s other colonial settlements, also predominantly coastal, expanded slowly. From the time the United States took possession of the island in 1898 until the mid-20th century, settlement in Puerto Rico was characterized by dispersed rural farmsteads, as well as some large sugarcane plantations, but the commonwealth subsequently became predominantly urban. More than nine-tenths of the population now live in cities and towns, with only scattered settlements in the mountains.

If you have not used "Search", then in the database there is much more information of Puerto Rico on finding hotels, hotels, hostels, apartments, apartments, rooms, tours... Want to go to the base right now?